In giving a decision we are communicating  the law. We are drawing on our training and knowledge to make the law available to others to enable them to recognize  that  they have been treated justly and fairly in terms of the law. While one side may not like the deci- sion purely for reasons of self interest, nonetheless both sides should be able to ap- preciate that the decision is sound and all that could be done under current law.

Because banding down a decision is not just an application of the law to a particular situation but also an act of communication to win acceptance from others, then we need to recognise that we are engaged first in a thinking activ- ity. We cannot communicate successfully and clearly unless we have thought clearly and rigorously about the information that has been presented on the case. Communicating and thinking go hand in hand.

Secondly, communication is a purposeful activity: we have a message—in this instance, a ruling—we want to convey. We are talking  or writing because we have something of substance to pass on.

To succeed we have to be clear about the message. We have to determine rigorously what is the real issue in the case and how the law applies to it. Because we are dealing with the law and with the interests of human be- ings, we must be accurate. There is no reason for error or imprecision. And we must be strictly relevant. The message must shine through clearly and unencumbered. What- ever is not pertinent must be excluded, no matter how interesting or correct it may be in itself. Anything that does not contribute di- rectly to the thrust of the message must be excised. The audience must be left free to concentrate on the message: it should not be distracted by peripheral information.

But more, we are also engaged in a social activity. We not only have a message we want to convey but also people to whom we want  to convey it. Accuracy or correctness of content is not sufficient. There also has to be compre- hension. If parties to the proceedings are  going to appreciate the reasonableness of the ruling—or at least grant it some credence— then they must be able to understand it. If it is obscure, unintelligible, outside their ken, then they can feel cheated,  deceived  even. Think of your own reactions in disputes with orga- nizations when they have fallen back on convoluted provisions in small print to snatch a victory over you. Have you not felt antagonised? So also in court: if one side cannot make sense of what the decisionmaker is saying, that side is going to leave court disgruntled, with the belief that the law has been mysteriously used against him or her and not administered fairly.

This social context of our communication re- quires us to consider the traditional approach to arranging our material. We have been taught to set out the problem, to produce and discuss the evidence, and then to present the findings. It is the classical beginning—middle—end approach to organisation. Certainly this is the way we should go about reaching our decision. But it is not the best way of presenting it. The courtroom is not the same as the university or research setting. The communication environment is entirely different. In the courtroom we have people who are anxious for a ruling. They are emotionally involved, strained and agitated. We must satisfy their most pressing need before they can take in the reasons.

Until they know the outcome, they will be only half listening—if listening at all—to our words. So it is best in most cases to organise the decision along the lines:

This is far from a novel suggestion. There is a lot of support for it even within legal circles. The common practice of executive summaries and abstracts at the front of papers and re- ports highlights the desire of readers for overviews. The tendency nowadays to list recommendations at the beginning of propos- als points in the same direction.

Along with organisation goes the obligation to take account of general matters of language. Our sentences should be short and straightforward. There should be a greater number with main clauses first and subjects first. When we are requiring someone to do something, we should use the active rather than the passive.

You must return the goods by 30 November

The goods must be returned by 30 November

in which the actor is not expressed.

Inflated and archaic words are to be avoided. If technical terms are necessary, they should  be accompanied by some explanation. We do not know the technical terms of other activi- ties and feel no obligation to acquire them.

We should not expect others to know ours; nor should we look down on them if they don’t.

The greater demands of speech

Many decisions are given orally. The audi- ence has to absorb the ruling on the first hearing or lose the thread. Unlike a written decision, where readers have the opportunity to backtrack, no such option is available to listeners. So there is even greater pressure to be clear and to provide listeners with all the aids we can to help them manage the task.

It is useful, then, to provide them with oral flagposts to show where you are—spoken headings, as it were. It is considerate and  wise, for example, to announce each segment of the decision with introductory words such as:

We must always return to the purpose of a decision: it is to communicate the law. Its success is judged by the correctness of the ruling and the reception of the message, not by the fancifulness of the language. Too many speakers and writers—and sadly judges among them—feel that they have to display erudition and exhibit a breadth of language. They let their attention shift from the audience to their image. Despite their intentions, however, they do not impress their hearers. It is the judges and registrars who make them- selves clear who impress because the hearers go away satisfied. They have understood the law—and that is what they came to court for. 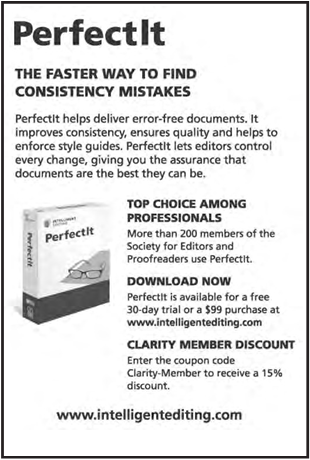 Help us make a difference