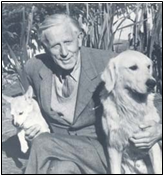 Sir Ernest Gowers (1880-1966) was described by the (London) Times as one of the greatest public servants his day. He joined the Home Civil Service in 1903 and early in his career was “discovered” by Chancellor of the Exchequer, David Lloyd Gowers his Private Secretary. Gowers was then moved to the team implementing Lloyd George’s National Insurance Scheme in 1912. He held many demanding and influential positions during his career, culminating in being Regional Commissioner for Civil Defence, London Region, during the Second World War. After his formal retirement, he chaired numerous inquiries, including the Royal Commission into Capital Punishment (1949-53).

Gowers became a household name after the publication of Plain Words. At the age of 75, he was asked by the Clarendon Press to undertake the first revision of Fowler’s Modern English Usage. He completed it ten years later, shortly before his death in 1966.